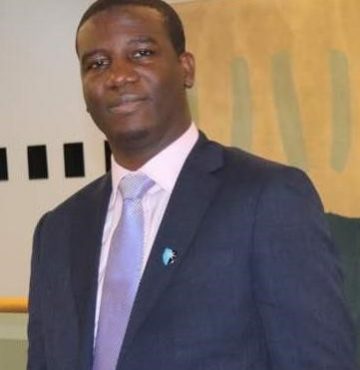 Dr Ibraheem Olayemi Awowole graduated with MBChB HONOURS from the Obafemi Awolowo University, Ife, in 2007, winning the Nigerian Medical Association Prize for the best graduating student among other prizes. He became a Fellow of the West African College in 2014, following which he was presented with the Best Postgraduate Student’s Award by the West African College of Surgeons. He became a Fellow of the National Postgraduate Medical College of Nigeria, Faculty of Obstetrics and Gynaecology in 2016.

Dr Awowole joined the services of the Obafemi Awolowo University on the 1st of June, 2015 as Lecturer I, and Honorary Consultant Obstetrician and Gynaecologist to the Obafemi Awolowo Teaching Hospitals Complex. He is actively involved in teaching and supervision of postgraduate and undergraduate students and he has been a member of the Departmental Examination Committee since his appointment. His active participation in scientific research earned him the Society of Obstetrics and Gynaecology of Nigeria (SOGON) Young Researcher’s Award in 2014. He also won the Honorable Mention Award for the best publication from Low and Middle-Income Countries in 2016, while his presentation was adjudged as one of the best in fetomaternal medicine by the Royal College of Obstetricians and Gynaecologists at the World Congress in 2017. His penchant for research also earned him a nomination as a Young Physician Leader by the Nigerian Academy of Science to the World Health Summit, and the Inter-Academy Medical Panel in Berlin, Germany.

Dr Awowole proceeded to England in 2016, where he became a Member of the Royal College of Obstetricians and Gynaecologists (England) in 2017, and completed the Advanced Training in Fetal Medicine at the University of Leeds Teaching Hospitals’ Fetal Medicine Unit, United Kingdom in 2018. Whilst providing specialist services in both Obstetrics and Gynaecology, his primary area of interest is Feto-Maternal medicine, and together with other consultants in the department, he runs the Fetal Assessment Unit of the Obafemi Awolowo University Teaching Hospitals Complex, where specialist care is provided for women with high-risk pregnancies.