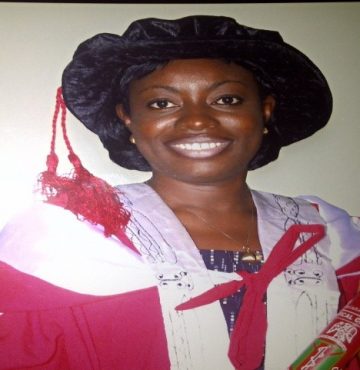 Dr. Ijarotimi A.O. qualified as a Medical Doctor from the Obafemi Awolowo University (O.A.U.) Ile-Ife in 2002, graduated among the top five and did her housemanship in the Obafemi Awolowo University Teaching Hospitals Complex (OAUTHC), between 2003 and 2004. She had her postgraduate training in obstetrics and Gynaecology at OAUTHC during which she won the SOGON prize for the best candidate in Part 1 fellowship examinations and was awarded fellow of the National Postgraduate Medical College in Obstetrics and Gynaecology in 2010.

Dr. Ijarotimi joined the services of OAU as Lecturer I in May 2011 and was also appointed honorary consultant Obstetrician and Gynaecologist at OAUTHC the same year. She was promoted to the rank of Senior Lecturer in October 2014. She has 17 published academic articles to her credit in peer reviewed international and local journals. She continues to be productive with on-going works in preparation.

Dr. Ijarotimi is the co-ordinator of CLI 409 and is involved in training undergraduates and postgraduate Residents in Obstetrics and Gynaecology She is an effective and responsible teacher who is well received by her students. She is a good counsellor who has helped to reform some indigent students. She attended five conferences in the last four years with three of these being international conferences where she presented papers on her research work. She is actively involved in volunteer work and reproductive health services in her community. Dr Ijarotimi is happily married with Children.