DEPARTMENT OF OBSTETRICS and GYNAECOLOGY > Instructors > PROFESSOR O. B. FASUBAA 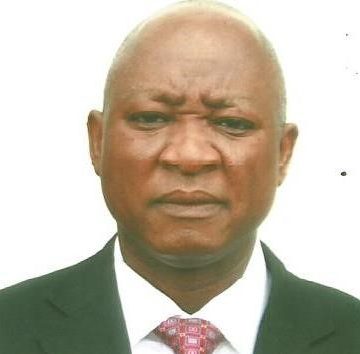 Professor Olusola Benjamin Fasubaa was born 26th of January 1956 in Ado-Ekiti, Ekiti State. I had my Secondary School Education at Annunciation Secondary School, Ikere-Ekiti 1968-1972 and had my University Education at Obafemi Awolowo University (in the then University of Ife) 1974-1981; graduated with Second Class in health Science  s (BSc. (Hons) 1974 – 1978, MBCh.B, 1978 – 1981. I obtained the fellowship of the West African College of Surgeons in Obstetrics and Gynaecology in 1994 with special bias in Reproductive Endocrinology and Reproductive Health which formed the major thrust of my Research publications. I joined the services of the Obafemi Awolowo University on the 1st June 1995 as Lecturer I, rose to become Senior Lecturer 1st of October 1998, Reader 1st October 2001 and Professor 1st October 2004. I have participated in various activities in the Department, Faculty, College of Health Sciences and the university at large. I was two times the vice Dean of the Faculty of clinical Sciences 2001/2002, 2002/2003; Head of Department of Obstetrics and Gynaecology 2009-2012 January before proceeding to Ekiti State as Commissioner for Health 2012 – 2014 October. I have been a member of University Senate from 2014 till date and a two time member of the Development Committee of the University 2008/2009, 2009/2010 and membership and chairmanship of many committees in the University and Teaching Hospital. I offer community service and Research in many areas of women’s health particularly in Reproductive Health. I am active in the West African College of Surgeons of the West African Post graduate medical College and the Society of Obstetrics and Gynaecology of Nigeria where I serve as the Editor of the Tropical Journal of Obstetrics and Gynaecology from 2010 till date. I am a resource person in the department of Reproductive Health of the Federal Ministry of health and to many international partners of the ministry.  I am actively involved in the teaching of undergraduate and post graduate students in Obstetrics and Gyneacology and have supervised numerous post graduate students in the Msc. Programme of the public health department of the University. I am married with four children.